I can't wait for the next update. Is there a release date already?

everyone simping for benjie now, forgetting how sus he is, and how he hates ellie and treats her like crap while she has no idea why. he could just be a red herring, but if he turns out to be a traitor, don't say i didn't warn y'all

I don't get why people like sus characters whose first impression was to treat us like sh*t. I shoot someone's ear half off and I bet the only BJ I am going to see is the ones I give in jail.

I will say though, theyre running a little underground rebellion rather than some kind of wimpy smear campaign or cancel culture shenanigans. The way I see it, he is making sure we aren't a wimp that will put them all in jeapordy and can be trusted with life/death situations and not snitch them out if we get caught and tortured. As in if we cried our ear got hurt and respond with wanting to cancel him from the group, we're going to give off the impression of a wimp and likely get kicked out. So far MC stayed cool, so maybe now Benjie will chill out.

It would be hard to believe he is a spy. As a spy you dont want anyone to notice you. Not start drama and get the ire of everyone and their vote to kick you out for misbehaving. I just think he takes his underground rebellion work very seriously which makes him come off across as shady (who would have guessed?).

That's fair, but Adrian catching him sneaking out in the middle of the night is incredibly suspicious.

Well we weren't told everyone is supposed to be locked in their rooms. Just like there is a chance he was doing something shady to hurt them all, he could be sneaking around to avoid an actual spy in their midst that he is trying to give wrong clues to or misinform without trying to get caught by anyone else. If anything, Max the tiger could be a spy. He got all worked up when things got complicated with the MC joining in and doing a new part in their schemes. He would have no time to warn the people he is working for, which is why he is (the only one) freaking out about a new recruit.

Again, I could be all wrong. IK not all story writers try to make things hard for their readers, and would prefer to highlight who the good and bad are. Benjie sneaking around at night as a major clue that: because he isn't acting like one of them, it means he is not one of them and is a traitor... or something. / I just don't like easy clues. Makes me feel like I am reading a children's book or the day dreamings and fantasies of somebody else who is sharing it, just with some contexts here and there so it can make sense to readers. I like a little more purpose and intent whenever a character does or says something, rather than just judge them on the first impression because of their position or mood . Didn't grow up on Scooby Doo for nothing ya know?

Yay! Another wolf to simp for~

Nah I simp for Max

Oswald is kinda my type, so yeah I'm a simp again

When is the next build going to be released? (Sorry for my English)

Reply
your average furry304 days ago(+2)

the english was perfect. and likely within a month

Hello~. I played the first demo when it first came out but it wasn't enough so I waited for the latest update and finally played the Build 3. I'm really hooked with the story, man! I like the characters, especially Oswald, Max and... Benji (I have mixed feelings with the raccoon, lol). And so the music, the backgrounds and that little animation on the main menu. You all keep up the good work! :D

I wonder, when will the update be released?

Reply
your average furry320 days ago(+1)

likely within the month, or the start of next month

Game has hard crashing issues on Android that make it impossible to progress, otherwise a very well made vn from what I've seen!

Reply
your average furry326 days ago(+1)

judging from the distance between other updates, likely within the month or start of next month

Y'all 2021 is almost over!! Also I'm trying out this game it peaked my interest ❤

i need a racoon story NEOW

I hope Adrian will get a bit better in character and won't be over dramatic and awkward around hot guys. Still he and Oswald are a perfect match

If anyone has the discord of this Novel please, I NEED IT

There is a link to the discord server in the description!

im trying to have a good time play this game and then i see this...
my inner geek is screaming in agony "please somebody help them poor cables!" 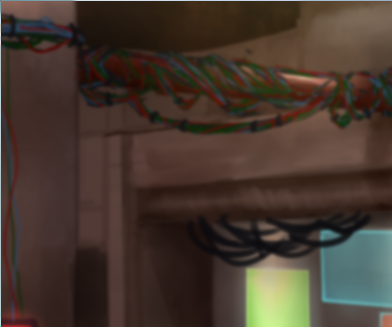 thanks it was interesting update <3

right now only one.

Azzy over here doing some damn good writing, thank you for providing people with something to read!

Thank you for your amazing criticism.

Gosh, I love the art, we need more embarrassment uwu

Who are the love interests I know 1 is obviously Oz are there others? At the time that I'm writing this is when Ben gets a call from Ray?

Does anybody know how to fix the issue of the game crashing right after pressing start? It doesn't give me any reason why it does that...

There could be multiple reasons. Make sure that the game is compatible with your computer. To do this just right click the launcher icon and select 'Properties' and find the compatibility tab and make sure everything is in order. Antivirus could also be interfering. Some antiviruses destroy the whole game files meaning you have to redownload the game again. When you do make sure to first turn off your antivirus temporarily and if possible create an exception for the game after its downloaded (sometimes you have to restart your computer for it to take effect even if it doesnt warn you. so do that just in case before opening the game again). If not then you just have to keep the antivirus off as you play.

I cant think of anything else unless there is something running in the background, a virus maybe, that wont let you run the game for some other reason. If I recall correctly League of Legends would fail to download/patch a small part of the game and the game would close because of that missing part. Some computers weren't able to download the missing part even after many reinstallations. If this is the same issue you might need to use a different device but that is highly unlikely.

If all else fails and you cant find a fix online there are some youtube channels that narrate for you.

I'm sorry for not being able to mention this, but I'm actually trying to run this game on Android (PC died recently). Still, I'm so grateful for your help.

Fortunately, I was able to do some digging and found out that some VNs that run on Ren'Py isn't compatible with newer versions of Android.

Unfortunately, I can't do anything about it unless the game updates to suit the newer versions.

Im having the same problem

So good so far! Tons of personality in the characters.

here's to hoping Benji can be a future love intrest 🙏

Same 😩 idk why but man the scenes, that man a total stud

theres only one love interest? if its oswald then i literally fell for everyone else but him ..benjie just doing it for me.

Impressions on the third build and everything leading up to it. Oz reminds me of Leo from Echo and I don't know how I feel about that. Ben reminds me of Levi from AOT and I love him so much. Seriously, Ben is easily my favorite character. Keep up the good work. Can't wait for the next build!